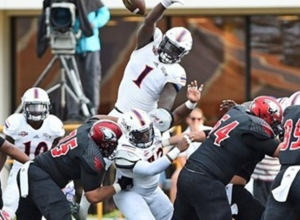 The coolest thing I have ever done off the field is mentor children at the local boys and girls club.

The hardest class I have ever taken was Advanced Psychology.

My mother is my role model because of how hard I have seen her work over the years when she was raising my siblings and I.

I played basketball and ran track growing up

I played tight end and linebacker.

The thing that separates me from others is my discipline and physicality.

When breaking down film, I look for offensive tendencies and favorite formations to give me an idea of what plays they want to run.

The toughest player I ever faced was the right tackle for Sam Houston my junior year. Donald Jackson 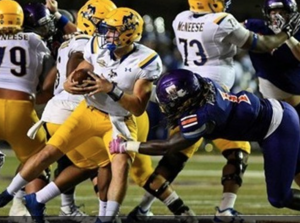 I would compare myself to Michael Bennett from the Seahawks because he is a player who’s game I admire quite a bit.

I usually listen to music and pray.

As a small school player, I feel like we have to work harder to be seen because we don’t get the exposure that bigger schools get.

My biggest strength is my competitive drive.

My biggest weakness is flexibility.

I would say that I am a hard working, fierce minded defensive end that would do anything I could to help the team succeed.

My favorite player has been Michael Bennett since he entered the league. My two favorite teams are the Saints and the Seahawks.

What is the first thing you will buy with your paycheck?

The first thing I would do is pay my tithes at church.