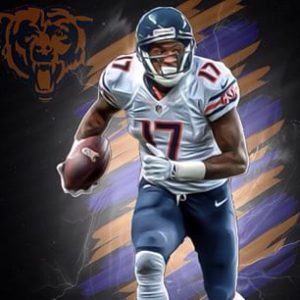 Bears could move Alshon Jeffery, and the Bills could use a wide out

The NFL trade deadline is coming and there are five big time players that could be changing teams. Here is a list of our five most likely players to be traded.

The New York Jets maybe done with his antics and there are so many teams right now that need depth on their line. Richardson is a stud when he is on the field the problem is he has not been there in a while. I could see so many teams making a trade for him, he is young and a beast.

Are you serious, this is the most reliable offensive lineman to maybe ever play the game. He has been on horrible teams in Cleveland and the Browns would do him a favor by trading him before the trade deadline. There are several contenders looking for help at O-Line. Could he land in New England?

Haden is a shutdown cornerback but lately he has been banged up.  He is a stud and some team may be willing to give up a good pick to land him. I would not be surprised to see Cowboys make a run with Morris Claiborne’s injury.

The Bears are in a downward spiral and right now they need to focus on the future. They can get a good high draft pick for Jeffery and there are teams out there who are struggling badly at the wide receiver position. Look for the Bills or Eagles to be interested in Jeffery.

Bills may lose Gilmore in the off-season because he is demanding more money. The Bills would be insane to  pay him what he wants after how he has played lately.  The Bills need to trade him and get something.