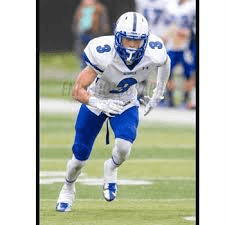 Dante Absher of Glenville State is the real deal. This kid could be a great slot at the next level

Antonio Brown, I love his work ethic, playing style, and hunger coming from a small school and most importantly how he’s humble and a man of god

Punt return and defensive back

As a defensive back unit I look for there coverage tendencies in our formations. I also look to see if the cornerbacks will rotate sides depending on the field or boundary or if they’re able to play both sides. I’ll look at each defensive backs playing style and find out what there strengths and weaknesses are such as aggressiveness, good/bad hips, zone or man guy, things of that nature.

Demetrius Quarles, he started cornerback for us my redshirt and freshman year after transferring from Miami of Ohio.

Stedman Bailey, his playing style is very similar. He takes huge pride in his crisp route running and making plays when the ball is in his hands. He’s hungry on pass and run plays and his blocking ability is great.

When I got cut from this AAU basketball team in 9th grade, I promised myself I’ll never let anybody outwork me after that point and realized that nothing in life will be given to you, you have to go out and take it. 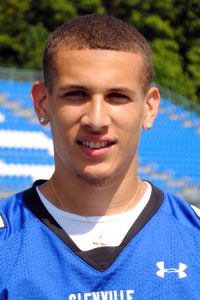 Whenever I arrive in the locker room I take me headphones off and turn off my phone so I’m able to relax before the game! As a captain we’re the first to leave the locker room so that we’re out there for the coin toss after that I’ll make my way to the end zone to give thanks to the man above for giving me the opportunity to play Americas favorite game.

My route running I take pride in it

I am a very hard worker who’s willing to get everyone around me and my self better as well as doing whatever it takes for the team to win. And my work eithic and effort will be 110% everyday.

The first thing I would do is pay for my sisters education.