Brent Grimes and his loud wife are always in the local media, but this time they were in the media because if they do not fix the problem the two of them could be sitting in a jail cell.

The Buccaneers cornerback owes $191,470.70 in taxes according to a report filed. Adam Beasley of the Miami Herald reported the news first. Beasley took a shot at Miko and after she read it she snapped on him.

Grimes spent three successful years with the Dolphins, earning a spot on their 50th anniversary all-time team. But the Dolphins cut him in March due to declining play and the foul-mouthed behavior of his wife.

Miko Grimes created waves within the locker room for her vulgar criticism of Ryan Tannehill. She torched the Dolphins on the way out of town and the criticism continued even after she moved west up Interstate 75. 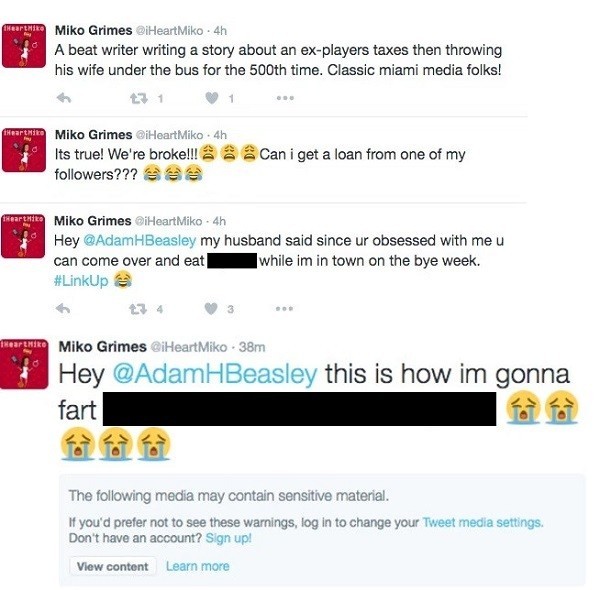