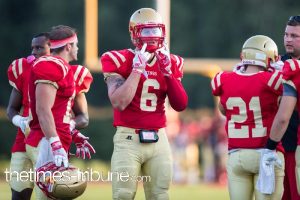 King’s College defender Bobby Russell is a force on the field. I love this kids playing ability.

Helped others prepare for a basketball game in the Special Olympics

Physics, not a big fan of Science

Both my parents, my mom and dad are the hardest working people I know; willing to sacrifice anything for my two sisters and I

My ability to be a leader on the field, being able to make the big play when needed and my ability of reading the play quicker than others

How the lineman step, any tendencies the team has on down & distance, tendencies by formation, if the QB stares down his receiver

Rasheed Bailey who has played in the NFL

Luke Kuechly, tend to be around the ball consistently, as well as causing big plays

Praying and talking to God and my Grandpa 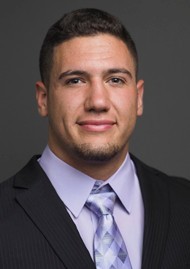 Reading the play and being an impact player

Getting off a double team

I play for the love of the game; I am a playmaker that just needs that one opportunity to prove I can consistently make the hustle plays and create opportunities to win games

My Grandpa, Ray Lewis, the Rock

Pay back student loans, put majority in the bank