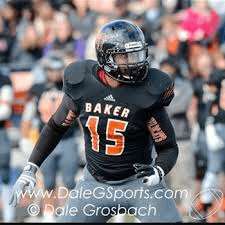 Give a Talk to younger kids in little league football on techniques how to play the game & most importantly telling them that school is most important & listen to your parents & stay away from the wrong kind of people. Also the coolest thing I have done off the field was visit give kids the world in Kissimmee FL just to give kids they’re last wishes and see then smile.

My role model is my older brother Quamid Francis because he was always an achiever throughout his whole life and set goals for himself & achieved them and still is to this day.

Many different aspects about my position separates me from others. As a middle and outside backer, it’s essential for me to know the responsibilities of all of my other teammates on every play. I must be able to be physical enough to dominate in the run game, yet cover a lot of ground in zone and man coverages. As a linebacker, I command the defense and have to be able move myself and others when the offense moves pre-snap. Since I do have distinct responsibilities depending on the type of play, the ability to quickly read the play is vital for success. Particular to the defense I play in and in addition to reading the offense, I must quickly react to how the defensive linemen in front of me to maintain the balance of the defense. As a leader, keeping a level head during the game is important because of my many responsibilities that affect my teammates. Staying focused on the game is important for my own, but also the success of the entire defense.

I look for tendencies in  formation alignment, offensive linemen stances.  I look at where certain players align for certain plays.  I put myself in the different coverages and calls that our defense will be running and visualize the play.

KJ Wright for the Seahawks.  I believe this because he is physical and he has good play recognition.  He is a play maker.

What was the biggest obstacle in your life you had to overcome, and how did you  overcome it?

Parent Divorce, Love from my Parents

I listen to Kodak Black, his music gets me ready. 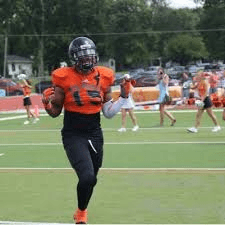 I love the game and I want to see it at the highest level.