49ers and Colin Kaepernick are working on a restructured contract 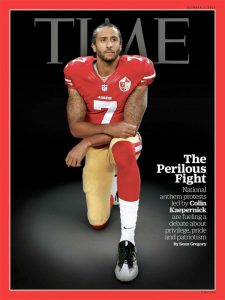 49ers and Kaepernick are working to restructure his deal

Colin Kaepernick would have been traded much earlier if his contract was not so large.  Well things could be shifting that way very soon, because Ian Rapoport of NFL Media Insiders is reporting that Kaepernick and the 49ers are working on a restructured deal that will shorten his contract and eliminate some guarantees.

My understanding of Colin Kaepernick’s redone contract is it eliminates guarantees in 2017 & cuts off the final 3 years. A shorter deal.

With that being said, the 49ers could be making a change at the quarterback position soon.  Chip Kelly said yesterday he will explore all options before the Bills game in week 6.  On top of that, Rapoport reports about Kaepernick being able to void the deal after this season.

The reworked Colin Kaepernick contract, which could be done today, would include giving him an opportunity to void after this season

This would be a great move for both sides, because if Kaepernick is in fact jumped by Christian Ponder to start this next week, the Niners could start shopping Kaepernick.