Saints have signed Max Unger to a three year extension 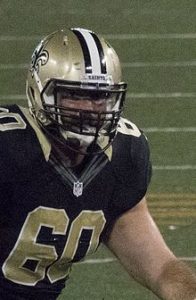 Saints have signed Max Unger to a three year extension

Herbie Teope of the Times-Picayune reports that the Saints and C Max Unger have agreed to a three-year contract extension on Thursday.

The 30-year-old center and the team agreed to a three-year extension worth more than $21 million, a source informed of the deal told NFL Network Insider Ian Rapoport on Thursday. Unger is now signed through the 2019 campaign, when his current quarterback, Drew Brees, will be the ripe age of 40.

He played college football at Oregon, and was drafted by the Seattle Seahawks in the second round of the 2009 NFL Draft. Unger was the starting center for the Seahawks in Super Bowl XLVIII.