Rex Ryan says Darrelle Revis is still a very good player; He won’t sleep on him 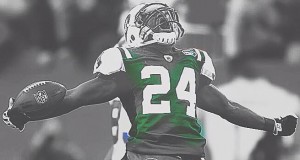 Bills head coach will not sleep on Darrelle Revis

Darrelle Revis is one of the best corners in the NFL, and his former head coach Rex Ryan believes Darrelle Revis will be fine.  Ryan says he knows the type of player Revis is and gave A.J. Green some love as well.  Many people are talking bad about Revis, but his former coach would not do that.

“Everybody’s — they’re going to be down on Revis because he had a poor game or whatever,” Ryan told reporters Tuesday. “I mean, the receiver there in Cincinnati (A.J. Green) is pretty darn good and if you’re locked up (in) man coverage with anybody, then it’s a tough situation.

“The thing about Revis is if he’s slipped at all as a player, he’s coming down from the very tip of Everest. That’s where he’d be coming down from. So how far down? I’m not sure but I know one thing; I know the kind of player he is.”