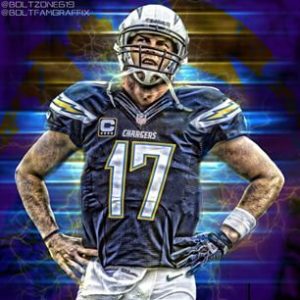 Philip Rivers and the Chargers agree to a restructured deal

NFL teams are trying to save money right now that the new season is under way and today is the day that several teams began working on contracts. Several teams are saving money including the Chargers who restructured Philip Rivers contract.

Field Yates (@FieldYates)
22 mins ago – View on Twitter
Browns DL Desmond Bryant took a pay cut from $6M to $1.25M for this season, per source. He’ll earn that while on the NFI list.

Mike Rodak (@mikerodak)
27 mins ago – View on Twitter
The Bills have given reserve center Patrick Lewis a 1-year extension, per @FieldYates. Gets $200k to sign; $800k in ’16 and $1.2M in ’17.
Field Yates of ESPN reports that the Bills restructured C Eric Wood’s contract in recent days and in turn created $2.5 million of cap space.

50 mins ago – View on Twitter
Source: Chargers QB Philip Rivers had $6M of his 2016 base salary converted into a roster bonus, creating $4.5M in cap space for the team.

According to Darryl Slater of NJ.com, the Jets also restructured the contract of defensive back Buster Skrine. The Jets, pressed for cap space, gave Skrine a $3.75 million signing bonus, while dropping his 2016 base salary from $6.5 million to $2.75 million. His old 2016 cap number was $7.754 million. It is now $5.254 million.