Patriots released Frank Kearse after his GF stabbed him in abdomen

Today the New England Patriots released Frank Kearse with an injury settlement. This came after he was stabbed by his girlfriend on Wednesday during a domestic dispute, according to NESN.com. 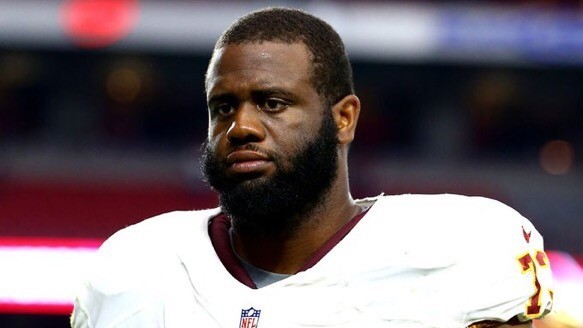 A defensive lineman released by the New England Patriots last week suffered a minor knife wound, allegedly inflicted by his girlfriend during an argument at their Mansfield apartment.

Frank Kearse, 27, was treated Wednesday at Sturdy Memorial Hospital in Attleboro, then Rhode Island Hospital in Providence for a knife wound to the upper abdomen, according to a police report filed Thursday in Attleboro District Court.

Kearse, a 6-foot, 5-inch, 310-pound lineman, was released after treatment and appeared in court with his girlfriend, 26-year-old Dominique Hooper.