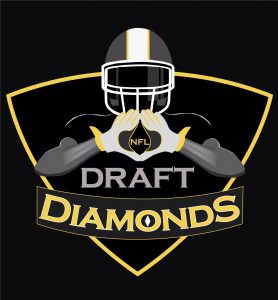 The NFL is here and before you know it, we will be talking about the NBA.  The first week is over, and we did not do to well.  We went 8-8 last week.  We are going to get our picks right. Now we know several things about some teams.  There will be a few shockers this week, here we go:

This is going to be a very tough fight with two teams that cannot stand one another. Both teams are 1-0 but this week the Steelers continue winning.  Steelers win 23-21.  I think the Bengals will cover the spread, but like the Steelers head up.

The Lions were firing on all cylinders and let’s face it the Titans do not look like they are there yet.  I think Matthew Stafford has another huge game against the Titans secondary.  Lions win easily 35-20.

I honestly think the Browns can beat the Ravens, but I will not pick them this week. If Josh McCown can come in and get things done, I may go back to picking them next week.  I think the Ravens run Terrance West and he dominated his old team. Ravens 21-Browns 13

Last week the Redskins looked good and this week all the Skins have to do is take Dez Bryant out of the game.  While the Redskins work super hard to keep him out the game, Ezekiel Elliott shines.  The Cowboys win because the Skins cannot stop their running game. Cowboys win 24-17

Saints will have a hard time putting up big time stats against the Giants. The Giants defense is finally able to slow down someone. The Saints defense however still is suspect. Eli has a huge game and the G-Men win.  Giants win 31-21.

San Francisco 49ers defense does a good job at slowing Cam Newton down, but the Panthers are too much in the long haul for the Niners.  Panthers win 14-10.

While I would love to see the Dolphins win, I am not sure they can pull it off.  The Patriots are without Rob Gronkowski again, but Ryan Tannehill struggles.  The crazy thing is the Dolphins special teams wins them the game on a Jarvis Landry punt return.  17-14 Dolphins

Chiefs struggled mighty to get going early last week against the Chargers but they pulled off a huge comeback. This week the Chiefs punch the Texans in the mouth early. Chiefs 35-17

Upset SPECIAL, yep the Rams and Todd Gurley run all over the Seahawks.  The game is decided by a Greg Zuerlin field goal.  Rams with seconds remaining in front of their fans in Los Angeles.  20-19 RAMS

Cardinals were blown out by the Patriots and Bruce Arians is not going to let that happen again is he….. The Cardinals are in shambles folks, and they cannot get it going. Buccaneers QB Jameis Winston has a field day going down the field.  Bucs win 24-21

Blake Bortles and the Jaguars get their first win of the year.  Allen Robinson has a huge day going over 100 yards and scores twice.  Chargers win 35-13

I love me some Oakland Raiders.  This will be another shoot out.  I think Julio Jones will have a monstrous game but the Raiders win.  28-27 RAIDERS

Colts and Andrew Luck will have a hard time throwing the ball against the touch Broncos defense.  I think the Broncos are able to get another win in the Trevor Siemian era.  Broncos win 34-28

Sam Bradford is starting, but that means nothing to me.  Adrian Peterson has a big game on the ground against the Vikings defense.  Packers win in Minnesota 16-14.

Alshon Jeffery is going to have a field day. I would play him if you have him in Fantasy Football. I expect a 2 touchdown game for him.  The Bears however cannot beat the North Dakota State Bison.  Eagles win 24-23