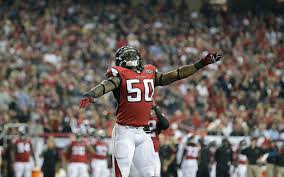 Adam Caplan of ESPN reports that the Jets are hosting free agent DE/OLB O’Brien Schofield for a visit on Thursday. Schofield was drafted by the Arizona Cardinals in the fourth round of the 2010 NFL Draft and played for them for three seasons. He was also a member of the Seattle Seahawks during their Super Bowl XLVIII championship season and the Atlanta Falcons. He played college football at Wisconsin.

As a fifth year redshirt senior defensive end for the 2009 Wisconsin Badgers he ranked second in the nation in tackles for a loss (TFLs) and second in the Big Ten Conference in quarterback sacks. For the 2009 NCAA Division I FBS football season, he earned several second team and honorable mention All-American recognitions by various publications. He was a first-team 2009 All-Big Ten Conference selection. He earned the defensive MVP award at the 2010 East–West Shrine Game, but was injured during practice for the 2010 Senior Bowl the subsequent week.