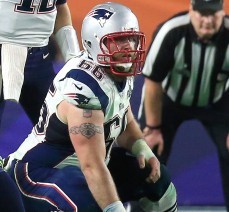 The New York Jets will be hosting former Patriots center Bryan Stork for a visit today according to Ian Rapoport.

Former #Patriots starting C Bryan Stork is visiting the #Jets today, source said. They were a little banged up on the interior OL

He was drafted by the New England Patriots in the fourth round of the 2014 NFL Draft. He played college football at Florida State.