Is Aaron Dobson’s time in New England over? 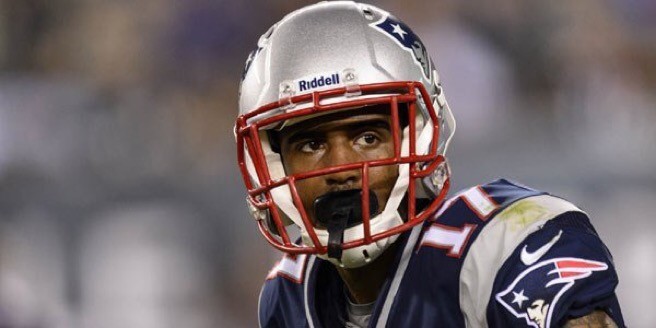 By: Kevin Tame @Kevin_TameRaise your hand if you are sick of the constant rumors on Aaron Dobson. Considering Dobson’s career since the Patriots took him No. 59 overall in the 2013 NFL Draft has been spotty, it seems like every year he finds himself in the conversation of whether or not he makes the team.
Dobson was drafted in the second round in 2013. He was drafted before guys like Eddie Lacey, Travis Kelce, Keenan Allen, and Jordan Reed. To Dobson’s credit, he did finish his rookie season with 37 catches and four touchdowns.

The Patriots’ roster has to be trimmed down to 53 players by 4:00 on Saturday September 3rd. Dobson hasn’t proven to be worth his second round price tag thus far. However, just when you think he’s seen his last days in a Patriots uniform, he flashes some potential. Dobson’s biggest issue has been inconsistency. Eventually his luck is going to run out and Dobson is going to have to step up.

The latest reports have New England in the process of trying to trade Dobson. There isn’t likely much of a trade market at the moment for Dobson. If the Patriots can find a trade partner for Dobson, look for them to pick up a running back in return. With Julian Edelman, Danny Amendola, Chris Hogan, and Malcolm Mitchell essentially locked into roster spots, Dobson is likely battling it out with Keshawn Martin and Chris Harper to make the team. Tonight’s last preseason game is important for Dobson because the Patriots are not keeping all those receivers on the active roster. It is also important to keep in mind that Malcolm Mitchell is expected to return for the regular season. I have been on the cut Dobson band wagon all summer, and I still think if the Patriots cannot find a trade in the coming week it would not be surprising to see Aaron Dobson finally let go.