Greg Hardy was arrested today for possession of COCAINE 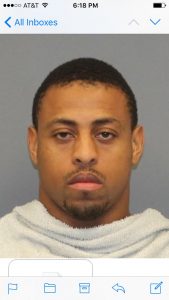 Greg Hardy was once one of the most talented pass rushers in the NFL, and today free agent Hardy was arrested for possession of cocaine.

Hardy, 28, was taken into custody after officers determined he was in possession of a controlled substance following a traffic stop. He was transported to Richardson City Jail before being released Monday after posting $5,000 bond, according to the spokesman.

Hardy played with the Cowboys last season after returning from a four-game suspension for conduct detrimental to the league following his 2014 arrest on domestic violence charges.