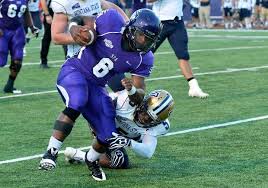 Falcons are releasing RB Gus Johnson from their practice squad