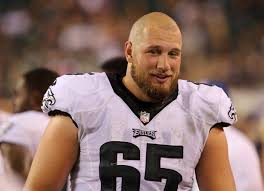 Last night, Jon Gruden talked heavily about Lane Johnson of the Eagles saying that he could still be suspended but he had an appeal in.  Well this morning Mike Garafolo posted something on his Twitter saying that Lane Johnson’s suspension appeal is set for week 4. What does this mean?

It means that Lane Johnson will be allowed to play this week but if he loses his appeal he will have to sit out the ten games.  After he is sanctioned though he will be allowed to file an appeal, which could allow him to play still.

Which means the “B” sample came in and also tested positive. Appeal hearing during bye week (Wk 4), according to Jeff’s report. https://t.co/5BBi5yaX4c