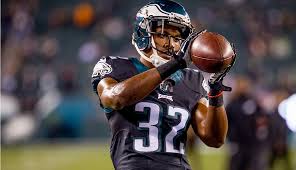 Eagles have did it again. They have received something out of nothing

The Eagles officially announced their trade with the Patriots that will send CB Eric Rowe to the Patriots for a conditional 2018 fourth-round pick. According to multiple sources, the draft pick can turn into a 3rd round pick under certain circumstances.

Howie Roseman has been killing it so far, so this move does not surprise me.  You have to love what the Eagles have been able to do so far, because they have really done a wonderful job at cleaning out what Chip Kelly messed up.