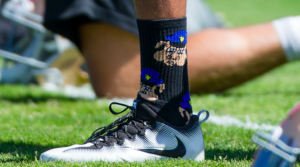 Colin Kaepernick what are you doing?

Okay when will the NFL do something about Colin Kaepernick?  According to multiple reports, Colin Kaepernick has been wearing socks that have a Pig wearing a Police hat to practice since early August. 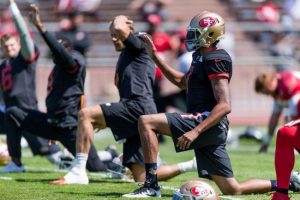 This is what he said about police after his scene of not standing up for the National Anthem:

“People of color have been targeted by police,” Kaepernick said. “So that’s a large part of it and they’re government officials. They are put in place by the government. So that’s something that this country has to change. There’s things we can do to hold them more accountable. Make those standards higher. You have people that practice law and are lawyers and go to school for eight years, but you can become a cop in six months and don’t have to have the same amount of training as a cosmetologist.”

What do you think about this? I want to know your opinion?