Is Colin Kaepernick going too far? First it was about injustice, now what?

Colin Kaepernick had opened up the lines of discussion by sitting down for the National Anthem. Many were upset, but many understood the problem and agreed with Kaepernick. It was great because it opened up a dialogue between people that needed to be opened.  Listen there is no doubt in my mind that his platform helps the matter, but is he taking it too far?

After not standing for the National Anthem, Colin Kaepernick talked to the media saying he did not agree to what is going on in America. He was pissed off about the injustices in the United States.

“People of color have been targeted by police,” Kaepernick said. “So that’s a large part of it and they’re government officials. They are put in place by the government. So that’s something that this country has to change. There’s things we can do to hold them more accountable. Make those standards higher. You have people that practice law and are lawyers and go to school for eight years, but you can become a cop in six months and don’t have to have the same amount of training as a cosmetologist.”

While he has a point to some extent, he is not stopping. He is now focused on degrading law enforcement officers even more. 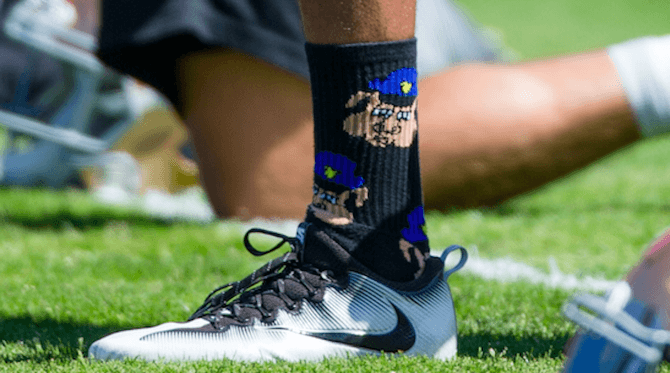 Colin Kaepernick what are you doing?

Well, you know this is not going to end pretty. What will the 49ers do?  Can they really allow him to take shot at the men and women that protect him after football games or better yet during football games?  This is getting to be a rough topic to talk about, I want to know what you all think. Is Colin Kaepernick taking this too far? Let us know on Twitter @DraftDiamonds