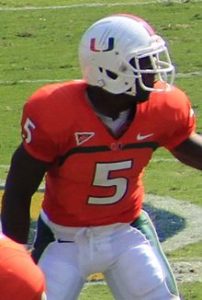 According to Pro Football Talk, the Tampa Bay Buccaneers have placed RB Mike James on waivers Wednesday with an injury designation.

James, 25, is a former sixth round pick by the Buccaneers back in 2013. He was waived a few weeks into the season, but was later signed to their practice squad after clearing waivers.