Buccaneers player that made the roster and was recently cut retires 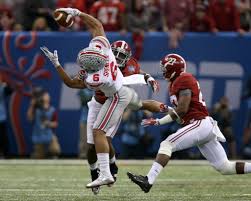 The Tampa Bay Buccaneers announced Friday that they have placed WR Evan Spencer on the Reserve/Retired List. Evan Spencer made the initial 53 man roster.

This comes just a few days after they signed him to their practice squad, but the former draft pick of the Redskins must have had enough. He played college football at Ohio State. He was originally drafted by the Washington Redskins in the sixth round of the 2015 NFL Draft.

Spencer is the youngest son of retired NFL running back and current running backs coach for the Tampa Bay Buccaneers, Tim Spencer, so this move is strange.