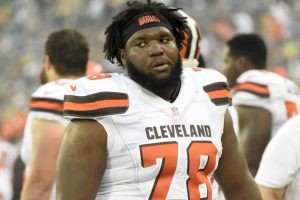 Allison Wood of the Royalton Post reports that Browns G Alvin Bailey was arrested for OVI and other counts after he was stopped by police while in a Cleveland parking lot around 1 a.m. on Sept. 26.

According to the police report, Bailey was speeding when he turned off into a picnic area. An officer allegedly saw Bailey exiting the vehicle and he ignored the officer’s orders to get back in the vehicle.

What is OVI? OVI is an acronym for Operating a Vehicle Impaired. Formerly known as DWI, DUI, OMVI, or drunk driving, the Ohio General Assembly changed the statute to OVI in January 2005 to more accurately reflect the actual scope of the offense since it doesn’t necessarily require “driving” or that the “operation” be in a “motor vehicle.”