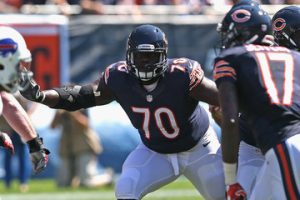 Michael Ola has been signed by the Bills. He was on the Giants practice squad

Ola, 28, originally signed on with the Dolphins as an undrafted free agent out of Hampton back in 2014. Yesterday the Buffalo Bills released kick off specialist Jordan Gay, which opened up a roster spot for them. Doug Whaley is pretty good at stealing players off others rosters, so it will be interesting to see how Ola pans out.