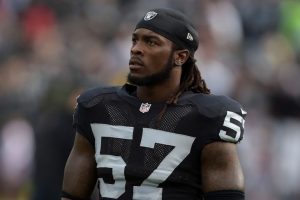 The San Francisco 49ers have lost linebacker Ray Ray Armstrong for the season.  Armstrong played college football for the University of Miami Hurricanes from 2009 to July 2012. He was not selected in the 2013 NFL Draft but was signed as an undrafted free agent by the St. Louis Rams.

49ers LB Ray Ray Armstrong is headed to injured reserve with a pectoral injury. The Niners will have a roster spot to fill, but haven’t made that move yet.