49ers have cut their starting fullback 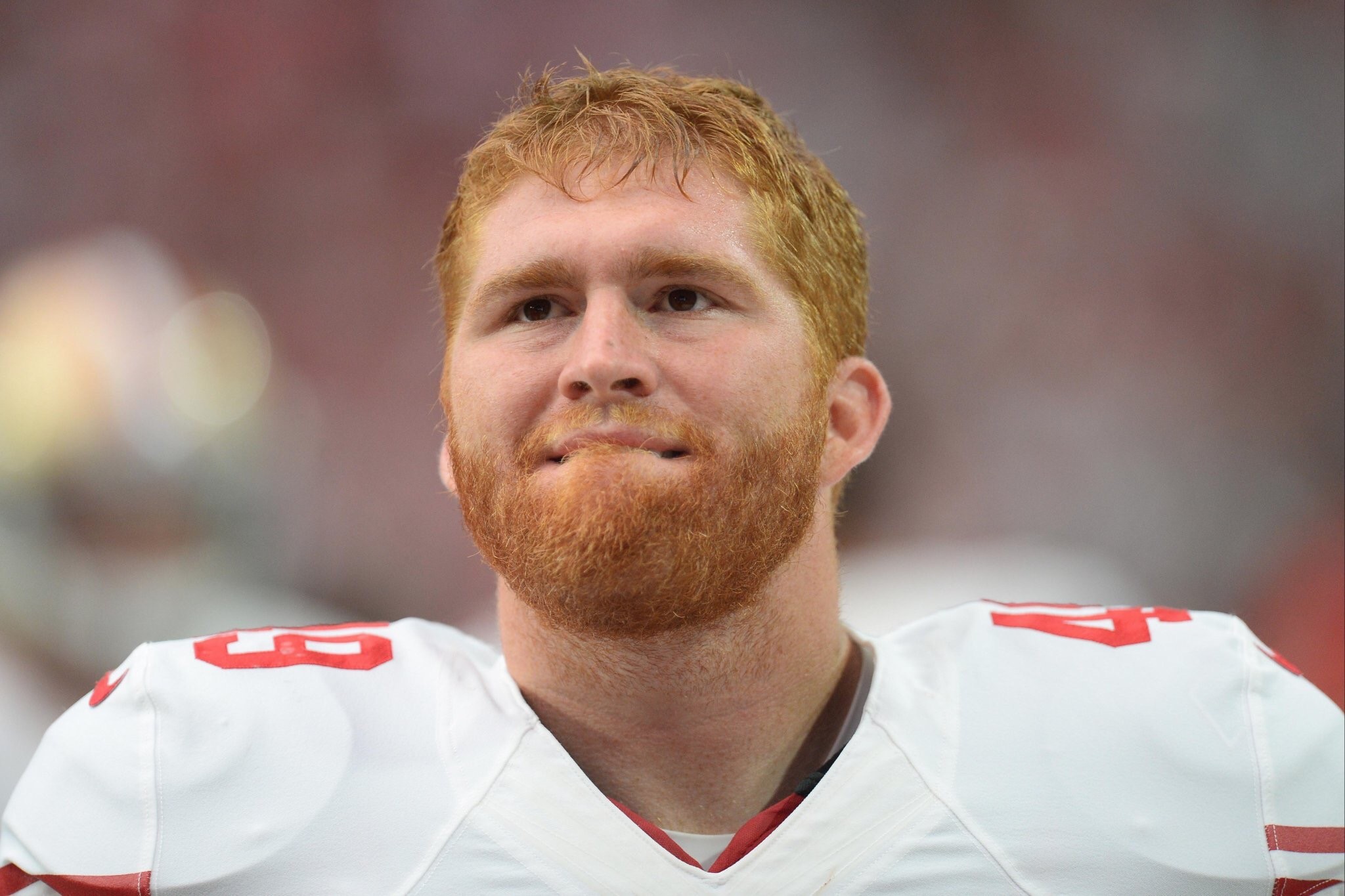 Moments ago the San Francisco 49ers released their starting full back. Bruce Miller was cut after he was arrested this morning for an assault. According to Pro Football Talk, Miller acted up:

Miller was arrested after trying to get into a San Francisco hotel room that was not his. He allegedly attacked two men in the room and was later arrested after fleeing the scene. The two men were taken to a local hospital.

Last year, Miller was arrested on spousal battery charges, but pleaded no contest to a misdemeanor disturbing the peace charge when his fiance said there was no physical contact.