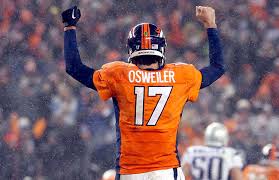 Brock Osweiler has only been with the Houston Texans for a few months, and he is already acting as a leader in the locker room according to his teammates.

“Brock is a natural leader,” Texans guard Jeff Allen said. “That’s something I saw the first day we stepped foot in here. This guy is a leader. He’s not only going to lead the offense, he’s willing to lead our entire team, so that’s good.”

Cecil Shorts also said his quarterback has been a pretty solid leader.

I am not sure that I can get on the Brock Osweiler train just yet, but he does have the intangibles to be great.