Steelers have restructured the contract of Marcus Gilbert 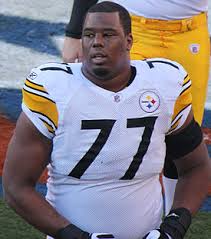 The Pittsburgh Steelers have restructured the contract of offensive lineman Marcus Gilbert according to Steelers Depot.

The move gives Pittsburgh an additional $2,392,500 million of salary cap space, as Gilbert is now slated to make $4,068,500 million against the cap. The Steelers made another move earlier in the week, signing linebacker Vince Williams to a three-year extension.

I would not be surprised if the Steelers keep trying to clear space until they get David DeCastro under contract.