Steelers are making progress on a contract extension with David DeCastro 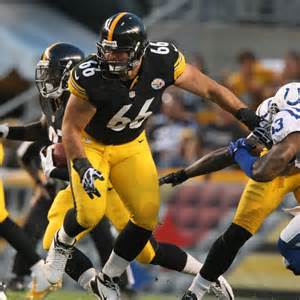 The Pittsburgh Steelers are working on a possible contract extension with offensive guard David DeCastro according to Jeremy Fowler of ESPN.

He’s making $8.07 million under the fifth-year option of his rookie deal, but he’s clearly someone they want to keep around after an All-Pro season.

He played college football for Stanford University, and earned unanimous All-American honors. The Steelers selected him in the first round of the 2012 NFL Draft, and was considered one of the best guards prospects available.

In his fourth season with the Steelers, DeCastro started in all regular season games and was elected to his first Pro Bowl.