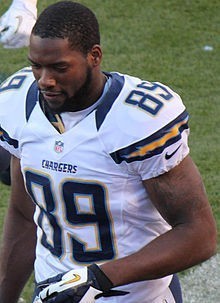 The Pittsburgh Steelers are not very happy with Ladarius Green withholding information from them before they gave him a 20 million dollar deal. According to the Post Gazette, Green did not tell the Steelers about his headaches.

Sources told the Post-Gazette that the headaches and not his January ankle surgery is what has kept Green on the physically unable to perform list, essentially sidelining him since the day he signed a four-year, $20 million contract with the Steelers in March. The deal included a $4.75 million signing bonus that the team might be able to recoup if Green is unable to play.

He remains in the Steelers’ concussion protocol, a source said.

The Steelers signed Green one month after Heath Miller retired. Green never told the Steelers that he was having issues with headaches when they signed him, a source said. They knew about the January surgery where he reportedly had two metal plates inserted into his ankle.

The Steelers may be in the market for a tight end.