Could Redskins have interest in RB Pierre Thomas? 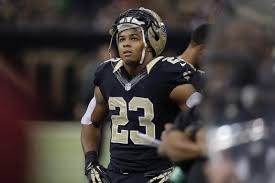 Last night the Washington Redskins running game was not too good. A matter of fact, it was so bad that John Keim the writer for ESPN, was asked multiple questions regarding the RB situation.  He answered one, in regards to Pierre Thomas, and it sounds like the Redskins are interested in Thomas, but the price tag just has not been agreed upon.

#Jkredskins … Has there been a Pierre Thomas call yet? Seems that we need another vet to bolster this running attack.

John Keim: OK, I answered this one because several questions last week pertained to the run game as did a handful this week. After Thursday night, I understand why.

As for Pierre Thomas, the Redskins have always been interested in him and if the price had been right, and Thomas had been willing, I think he would have been here in the spring.

But last year, Thomas sat out camp and waited to pick a team until after the season began. His price tag was too high. This allowed him to choose one that might be a better fit. Of course, that didn’t work out too well for him, considering he signed with San Francisco and was cut after playing in one game.

However, that led him to Washington, where he was an excellent fit in December. A key here: Thomas is good enough to help, but teams also like to see if they have better options on their own rosters. By waiting until they really know what they have, and until after the season begins, they can sign Thomas to a non-guaranteed contract.