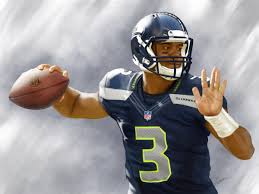 Seattle Seahawks quarterback Russell Wilson was a tackling dummy last night for the Vikings.  He was rocked four times and had three of his passes dropped.  Pete Carroll the team’s head coach says Wilson has to do better.

“I know that you are looking at the sack numbers and thinking ‘oh geez, what’s that mean?’” Carroll said, via the Seattle Times. “We really, we need to get the ball out. We need to throw the ball away and get rid of it so we don’t take the big plays [losses]. … Russ can do a better job to help us there when we get stuck. Sometimes we try really hard to get out to try to make a bigger play when the pressure eventually gets there. But on rhythm, we were fine a few times. We need to get the ball out and stay quick with it like we want to and not let the rush get to us. When you don’t, then you suffer negative stuff that makes it hard to get going.”

Wilson was sacked four times while also seeing three of his passes dropped.

Each sack appeared to have a different culprit, but in general Seattle’s offensive tackles – Bradley Sowell on the left and Garry Gilliam on the right — appeared to have issues. On another sack, Collins appeared not to pick up a rusher, linebacker Anthony Barr, who got to Wilson untouched. Sowell also drew a false-start penalty late in the second quarter.