Patriots have signed WR Matthew Slater to a one year extension 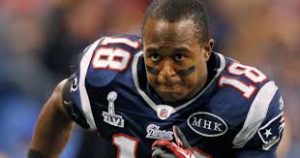 Patriots have signed WR Matthew Slater to a one year extension

According to Field Yates of ESPN, the New England Patriots have signed Special Team Ace Matthew Slater to a one year contract extension. He was drafted by the Patriots in the fifth round of the 2008 NFL Draft. He played college football at UCLA.