With the Patriots recent moves at RB, I could see them trading for Bishop Sankey 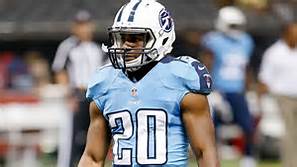 Bishop Sankey is likely going to be the odd man out in Tennessee, and I could see the New England Patriots making a move to land one him.  With Dion Lewis needing surgery and the team releasing Donald Brown, I could see the Patriots swinging a trade for the small Sankey.

Sankey was drafted by the Titans in the second round of the 2014 NFL Draft. He played college football at Washington. Sankey was an animal at the University of Washington and I could see the Patriots landing him and making the most out of him. Sankey could be a Pro Bowler in the Patriots system, and it would give him a change of scenery. I would not be shocked if this move happened.