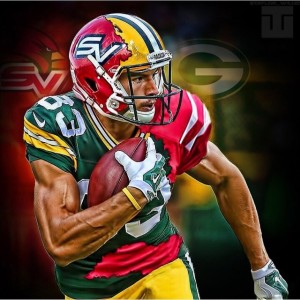 The Green Bay Packers released their first depth chart today and Jeff Janis the man that caught the hail mary last season is buried on the depth chart.

I can say this much, if Janis is released he will be claimed by 31 other teams.  He is too good and too fast not to get claimed. The reason they buried him is likely to motivate him.

Janis will come out swinging in preseason, you can bank on it.  I am calling it now, remember this depth chart.

The first edition of the Packers’ 2016 depth chart is out. It’s sure to look quite a bit… https://t.co/DyX6AJwhiFpic.twitter.com/LEX0VIxQtz