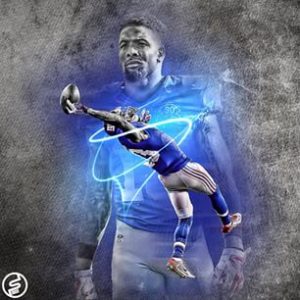 Odell Beckham Jr. and Josh Norman are two hot commodities when it comes to the NFL, but according to Odell Beckham himself, media blows it way out of proportion.

“It’s just too much,” Beckham said during an appearance this week on WFAN’s Boomer & Carton, as transcribed by NJ.com’s Dan Duggan. “It’s caused by a lot of links that like to get clicked on, a lot of misquotations. It’s not really anything like that.

Beckham claims he attempted to arrange a meeting with Norman during the off-season through mutual friend Maverick Carter, LeBron James’ business manager.

“We were trying to meet up and have a face-to-face,” Beckham said. “We just were in different places at the wrong time. Just because it’s gone from here to way over that way and it doesn’t really need to. There’s way bigger problems going on in this world.”

Maybe this is not as big as the media is making it out to be….