Odell Beckham Jr. says Sterling Shepard is going to be a special player 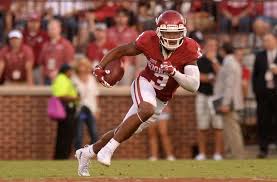 Remember when the New York Giants used to be Victor Cruz’s team?  Well things have changed and now they are Odell Beckham’s team.  With Victor Cruz still quietly on the Giants roster, OBJ believes another wide out on the team could end up being a special player.

That player is Sterling Shepard the former Oklahoma wide receiver could end up surprising people.

“I don’t want to spoil the surprise but it’s going to be … he’s going to be a special player,” Beckham said, via ESPN.com. “I kind of want to keep him on the down low for right now so that way he just jumps out the first couple games and has some big plays, touchdowns and all that. … I think you’re seeing him start to feel more comfortable. And he’s going to be a big-time player.”