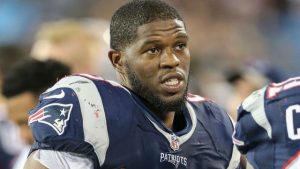 The #Patriots signed LB Jonathan Freeny to a 2-year extension, source said. The #Rutgers product is now under contract through 2018.

Freeny joined the Dolphins as an undrafted free agent out of Rutgers in 2011, and spent his first four seasons in Miami. The veteran will be entering his second campaign with the Patriots.