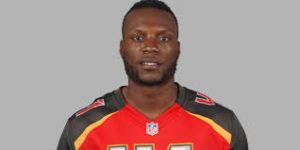 McGee comes to Detroit following stints with the St. Louis Rams, New York Giants and Dallas Cowboys practice squads in 2015. He appeared in one game for the Giants last season (10/19 at Phi) after being signed to the active roster.

Lewis was a former undrafted free agent out of Virginia Lynchburg. He is a speedster, and we wish him the best of luck.