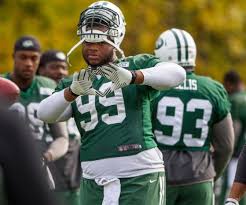 The Jacksonville Jaguars have placed running back Jonas Gray on the waivers. The former Patriots running back was injured. In a corresponding move, the Jaguars claimed former Bills defensive tackle T.J. Barnes.

He played college football at Georgia Tech. He signed with the Jaguars as an undrafted free agent in 2013, and has also played with the New York Jets and the Buffalo Bills.

The #Jaguars have claimed 3rd-year DT T.J. Barnes. To make room on the roster, the Jags waived/injured 4th-year RB Jonas Gray, per team.