Harrison, Matthews and Peppers will meet with NFL investigators 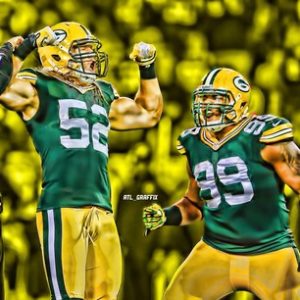 Pittsburgh Steelers linebacker James Harrison, Green Bay Packers linebackers Clay Matthews and Julius Peppers have agreed to meet with NFL investigators as demanded by the league, who threatened suspension if the players fail to do so regarding steroid allegations stemming from an Al-Jazeera report in January, according to Chris Mortenson.

Mike Neal, a free agent, has not yet agreed to meet with NFL, as other players have re: Al Jazeera report.

According to Mortensen, all players named have agreed to meet, although Steelers LB James Harrison has set certain stipulations for his Aug. 28 meeting. No date known yet for Matthews and Peppers’ interviews, and Mike Neal will not meet with investigators.