Giants kicker Josh Brown has been suspended for one game 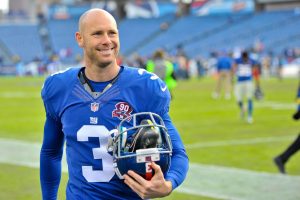 Today the New York Giants announced that Josh Brown the teams kicker was suspended for the first game of the season for violating the NFL’s Personal Conduct Policy.

#Giants K Josh Brown has been suspended for the season opener vs the #Cowboys for violating the #NFL Personal Conduct Policy. #Nyg

Brown:”While I do not agree with the suspension I will accept it. I have exhausted the appeals process & have no other options” #nyg #Giants