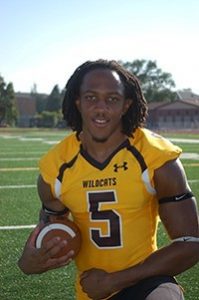 San Diego Chargers intern, J’Ron Erby, was struck by a hit-and-run driver Friday morning and is in critical condition with “severe brain damage,” per Michael Gehlken of the San Diego Union-Tribune. The person driving the vehicle still has not been found.  If you know the person that hit Erby, please have him/her step forward.

“We’re asking for everyone to keep him and his family in their prayers right now,” said Bill Johnston, Chargers director of public relations. “He hasn’t been with the team very long, but he’s made a lot of good friends here. A lot of people are praying for him.”

This is horrible news for the former Wayne State cornerback. Erby was a defensive back for the Wayne State Wildcats, where he played four years, earning All-NSIC South Division Second Team Defense honors in 2014 as a senior.