Former Mississippi State running back Josh Robinson says he was cited for trespassing at Mississippi State’s football facility Tuesday evening and was quick to point blame on social media at his former head coach for the citation. 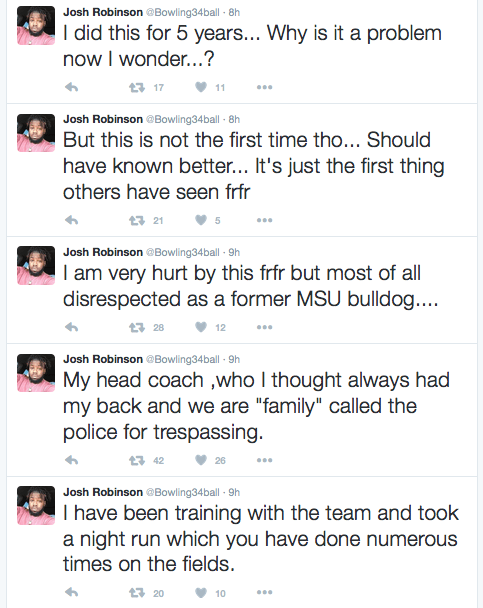 Per MSU Police: Track and field coordinator Daniel Schmidt made the call to police in regards to Robinson’s car being on the track.