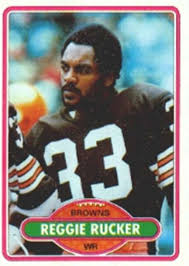 WKYC.com is reporting, a federal judge earlier this week sentenced Rucker to 21 months. Rucker’s lawyers and prosecutors had agreed via a plea deal to a potential range of 21 to 27 months.

Rucker admitted to stealing more than $110,000 from a charity he ran. Prosecutors reportedly believed he took even more than they were prepared to prove in court.

He will likely end up at a Prison work camp and get out before 20 months served.