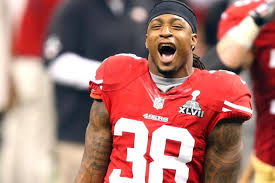 Atlanta Falcons are set to workout veteran safety Dashon Goldson on Sunday, according to NFL Media.

Rookie Keanu Neal is having knee surgery after being injured Thursday night, and is expected to miss three or four weeks. The rookie from Florida was heading up a pretty thin depth chart at the position anyway, so bringing in reinforcements is reasonable.