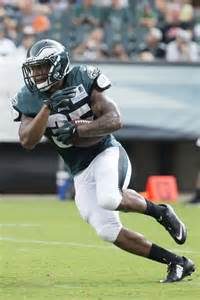 O’Neal was a running back at Valdosta State and was a very solid player. He had a wonderful camp, so this move is kind of a surprise.  Graham was a former third round pick of the Buffalo Bills and was probably the biggest name on this list.

The Eagles now have four roster spots available, I wonder if they will try to sign a veteran inside linebacker….