Dolphins have activated DB Xavien Howard from the PUP list 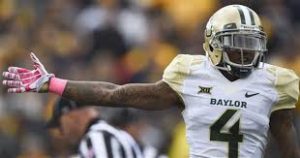 The Miami Dolphins announced Thursday that they’ve activated rookie CB Xavien Howard from the active/PUP list. Howard played college football at Baylor. Howard was drafted 38th overall in the second round of the 2016 NFL Draft by the Dolphins.

Howard, the team’s second round draft pick, is much-needed. Coaches had him penciled in as the starter almost from the second he was drafted in part because the Dolphins need a cornerback to play opposite Byron Maxwell.