Dez Bryant Suffers a Concussion At Practice; Ruled Out Vs Seahawks. 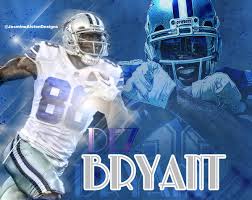 Dez Bryant Suffers a Concussion At Practice; Ruled Out Vs Seahawks.

Dez Bryant suffered a concussion during practice Monday after taking a hit from Barry Church. The injury will cause Bryant to miss the Cowboys preseason game vs. the Seahawks, where most of the starters are likely to play. Bryant tweeted that he is ok, and for Cowboy fans not to worry, but any injury to the star playmaker will make Cowboys fans uneasy.

Both head coach Jason Garrett and Bryant seemed positive about the injury and downplaying the severity. With Dez coming off an injury plagued 2015 season, the Cowboys will play it safe and most likely keep Dez on the shelf until September 11th, in their first game against the New York Giants.